Fill in your details and any available Members will get back to you shortly.

Only the Members who are available
on the date of your event will reply.
So one email and you will get a response
from the Top Available Bands in Ireland.

The MASS band are a 6-piece disco-funk dance party extravaganza featuring saxophone and covering a wide range of pop, soul, 80s, 90’s, funk and disco classics from the the 70’s right through to present day. MASS kicks out the jams with a huge catalogue of quirky covers, dance-floor hopping mash-ups, and mind-bending medleys.

The band was forged in the disco inferno of a world famous weekly jam session in Sligo and soon this groove-hungry, power sextet were playing weddings and parties all over the country. The band has even been brought over to Scotland, Spain, and France to play Irish weddings who wanted nothing but the funkiest party band around. MASS have been bringing the groove for more than 12 years and they Don’t Stop ’til You Get Enough, get Lost in Music and Freak Out!

With a monstrous set-list amassed over many years torching Ireland’s most flame-retardant dance-floors this band of musical miscreants give an exciting and authentic live show weaving effortlessly between disco covers, rock anthems, funk grooves, and pop hits! Our setlist includes Chic, Snap, The Jackson 5, Talking Heads, James Brown, Fleetwood Mac, Amy Winehouse, and Marvin Gaye, to name but a few. For any occasion where you want to get people grooving and moving MASS will bring it. We specialise in bringing an exciting, festival-style dance party atmosphere to your wedding.

MASS offer an alternative to the traditional wedding set. We do not cover country, jives, waltzes, or Irish, sorry. Not that we have anything against it but it just doesn’t work with our band. However our setlist is broad, a lot of fun and there is always something in our show – from Motown, to 80s retro, to 90s dance – that will get all ages on their feet and dancing. And our DJ will happily play all your requests after the live show.

“blew it out the park”

Thank you soooo much. Your performance was incredible! We are so glad our other band cancelled. Everyone loved you guys and are still talking at what an amazing job you did. A special thanks for our first dance, you blew it out the park, it was beyond perfect.
Great DJ set too! I hope you it enjoyed it as much as we did!

Thanks again.
You won’t be forgotten.

Tommy and Alison 5 5
Back to Members 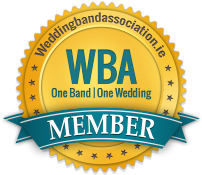